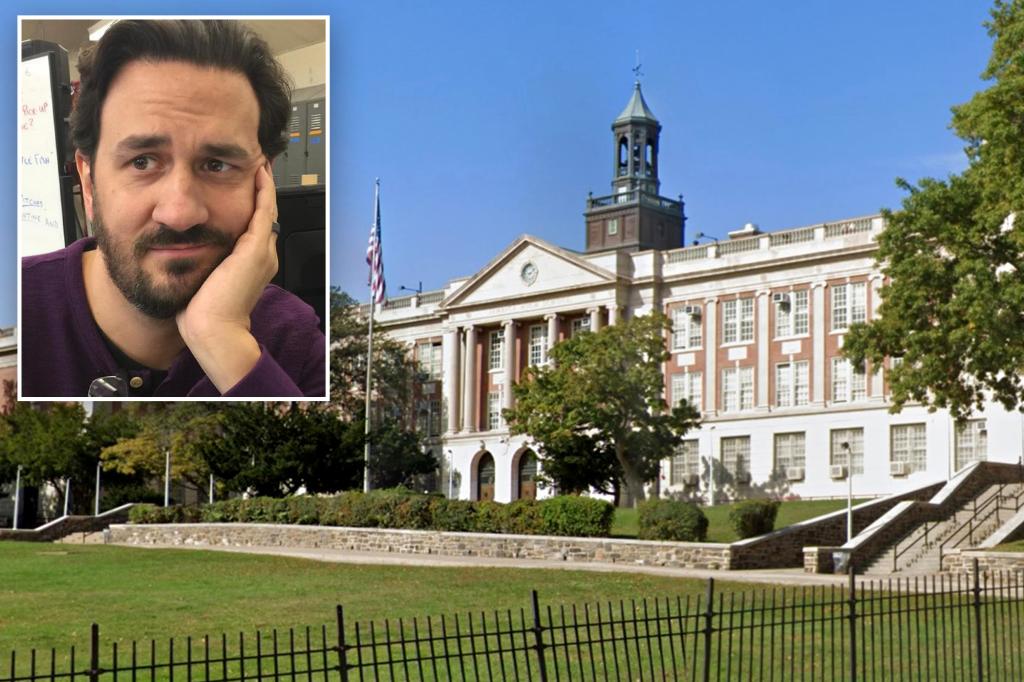 A second teacher was fired from a Queens high school this month amid accusations of sexual misconduct with students.

Scott Biski, 48, a music teacher at Jamaica Gateway to the Sciences HS, was admitted to chambers last week after accusations surfaced that he had a sexual relationship with a former student, officials confirmed.

“This alleged behavior is absolutely wrong and will not be tolerated. This employee has been removed from the school and students,” Department of Education spokeswoman Jenna Lyle told The Post.

“The Special Commissioner of Investigation (SCI) for City Schools is investigating the allegations, officials said.

Biski’s ousting from the school of 492 students comes less than three weeks after teacher Shannon Hall, 31, was arrested on June 2 for sending sexually explicit text messages to a student, saying. “I want to be with you” and threatening “she would be dead” if she shared the texts.

Hall also “grabbed and squeezed” a 14-year-old student’s chest over her clothes while she was in her classroom on May 25, according to a complaint filed by Queens DA Melinda Katz.

The back-to-back cases of sexual misconduct left faculty members reeling. One told the Post that staff members complained to Hall Principal Caren Birchwood-Taylor months before his arrest, but nothing was done.

A third teacher was reportedly reported for making students feel uncomfortable, but was not disciplined. Department for Education spokeswoman Jenna Lyle said: “A full investigation has been carried out at school level which has determined that there are no genuine concerns from pupils regarding this teacher. “

Biski, a teacher at the Jamaica school since 2012, did not return a request for comment.