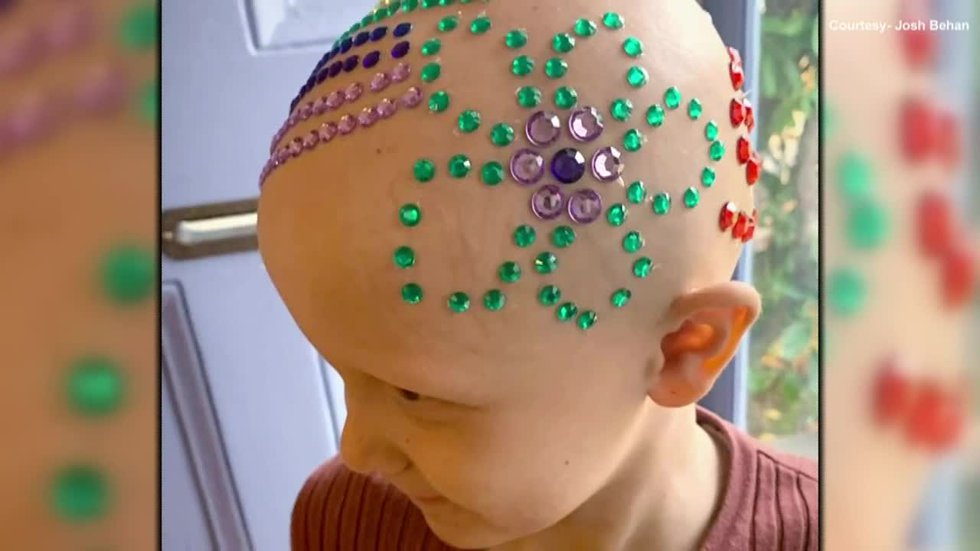 Piper Behan, 5, has lost her hair twice in her life.

“She had hair until she was about two years old,” her mother Amanda Gowen said. “We started to see patches. We didn’t know what it was.

Gowen said hand-foot-mouth disease may have been the cause.

“They just said it might affect the autoimmune response and change things from there,” she said.

Ever since Piper started school this year, there were some concerns about how the other kids might perceive her. But her father claims she has the personality to deal with something like this.

In fact, Piper prefers to have her head that way and says, “It’s just no big deal.” But that changed a bit when Wacky Hair Day happened at school.

Using dozens of giant sticky gems, her parents set to work decorating her head for the occasion.

“I just started making shapes on his head and before we knew it we covered his whole head,” Gowen said.

Sporting a lovely rainbow of sparkling patterns, Piper was motivated to go to school.

“It was awesome,” she said.

At school, his head was all the rage.

“She was getting comments all over the place, which was really fun,” Gowen said. “People all over town were commenting for days, weeks after.”

Federal funds will go to online tutoring despite pandemic failures