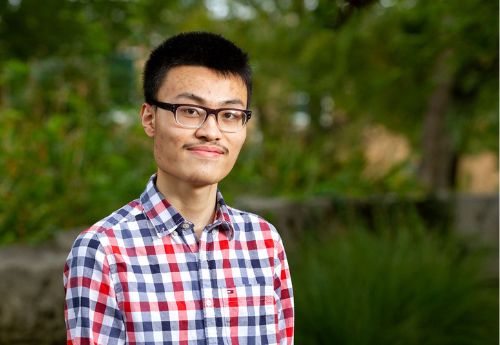 Gatton Academy of Mathematics and Science in Kentucky senior Allen Lin (’22, Larry A. Ryle HS) received the contest Gates Scholarshipa program that funds only 300 students per year for full tuition not already covered by other financial aid.

The Gates Scholarship was launched in 2017, and through it, the Bill & Melinda Gates Foundation continues its long-standing commitment to helping outstanding minority students from low-income backgrounds achieve their maximum potential.

This prestigious scholarship program is based on the evidence that by removing financial barriers to college, a last-dollar scholarship can enable high-ability, low-income minority students to excel in coursework, graduate school, and to continue to be leaders throughout their lives.

Lin says, “It is such an honor to be recognized as a Gates scholar. I am so grateful to everyone who has supported me. I aspire to become a professional mathematician who helps make math exciting and fun for others to learn, thereby changing the stigma of math. I know I will be in a great math program at MIT. The scholarship will provide me with the resources to pursue what I love and succeed.

As a tutor at Gatton, Lin says, “I became a peer tutor during my first semester at Gatton because I wanted to make math fun and easier for my classmates to learn. I tutor and lead weekly review sessions in Calculus I and Calculus II, as most Gatton students are enrolled in these courses. Additionally, I also tutor classmates on more advanced topics, such as discrete math, linear algebra, and differential equations. »

He is currently co-president of the Chess Club and a member of the Math Club. He has conducted number theory research with Dr. Dominic Lanphier of the WKU Mathematics Department since his first semester and also attended the Research Science Institute (RSI) during the summer of 2021. There he worked with MIT faculty on an original mathematical research project on circular symmetrization. .

About Gatton Academy: Established in 2007, Gatton Academy is Kentucky’s premier two-year residential program for gifted and talented juniors and seniors. Gatton Academy students enroll as juniors and are full-time WKU students pursuing their interests in advanced science, technology, engineering, and mathematics. The Gatton Academy was named for Jay Mathews’ list of top performing schools with elite students for eleven consecutive appearances and received the Innovation Partnership Award from the National Consortium for Secondary STEM School.