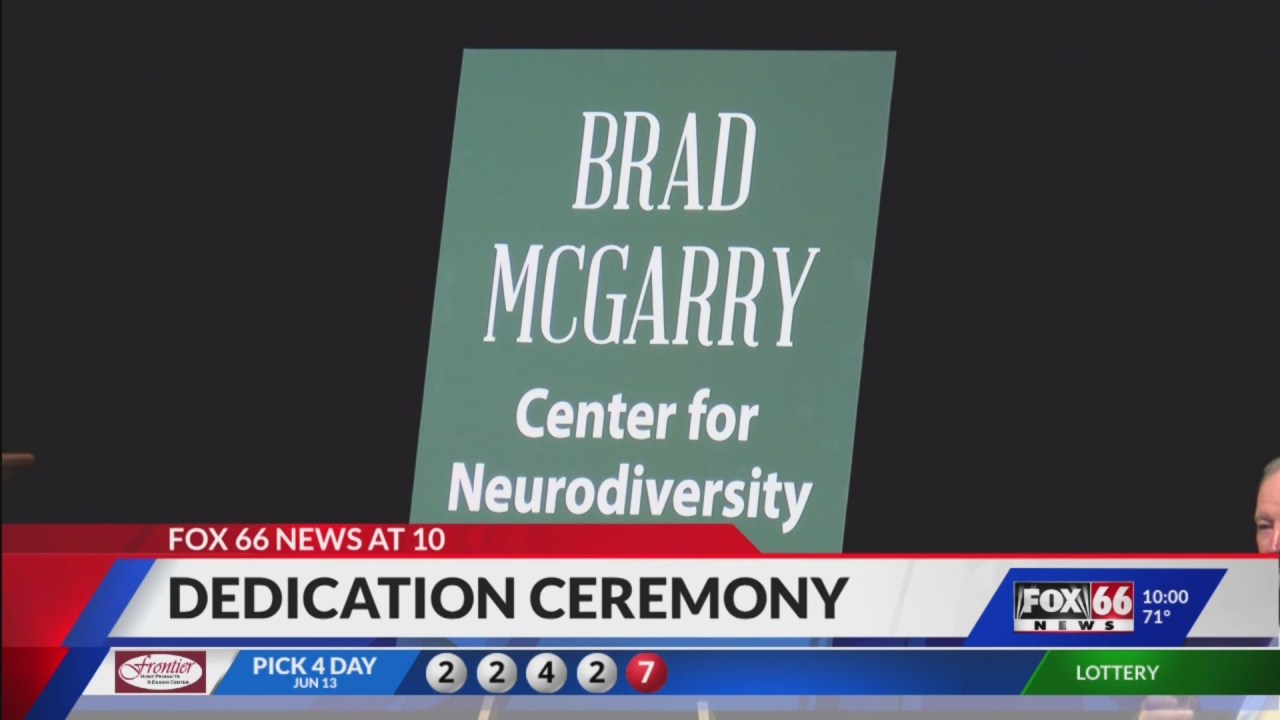 Mercyhurst University paid tribute to one of their own on Monday night.

Since 2014, Brad McGarry has had a profound impact on the university and the autism community.

The dedication was a way to continue McGarry’s legacy on campus. It also served as a reminder of the countless lives he touched.

For families with college kids on the autism spectrum, the Autism Initiative at Mercyhurst University has been life changing.

“I don’t know where he would be if Mercyhurst didn’t have this program,” said Patrick Rooney Jr., a former member of the House of Representatives.

“He entered the AIM program. It just flourished here. He loves it,” Rooney said.

“There are other colleges starting to do it, but not the way Brad works. It’s so much further than the jumps in any other place I’ve been able to study,” Rooney said.

Mercyhurst University wanted to ensure that McGarry’s legacy and dedication to students was never forgotten.

The university did just that by unveiling the Brad McGarry Neurodiversity Center on Monday.

“To celebrate his service to his community and to the families who have encountered unique challenges with this autism initiative and to ensure that the program is one of the most recognized in the country,” said Tom Ridge, former governor of Pennsylvania.

Rooney Jr. also contributed by donating $250,000 towards the $1 million goal for the center.

5 years of IBC: Loans taken out for telecoms, oil assets gobbled up Videocon