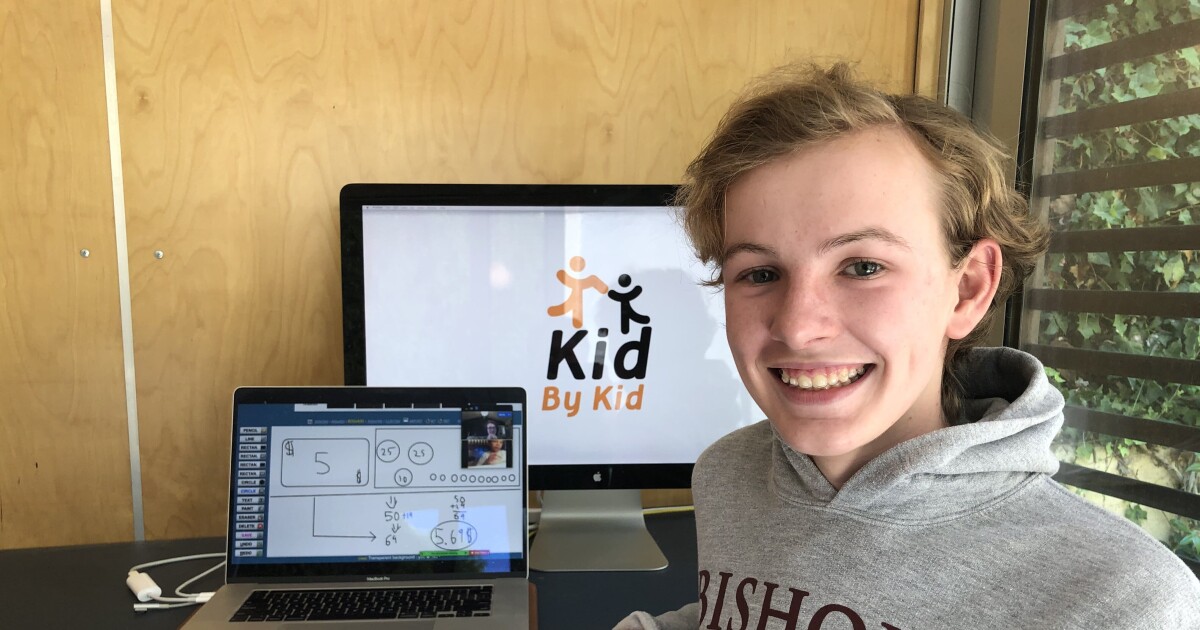 Daxton Gutekunst and Elias Herrera will receive their certificates at a ceremony in Point Loma on Sunday, May 22.

The award recognizes high school students from 28 regions across the United States who, through volunteer activities, have worked to advance racial equity and understanding in their schools or communities, depending on the award. website.

The award is managed by former Princeton University volunteers who form a selection committee.

“Schools are where you could have a major impact. There’s an immediacy with the students because they’re the peers they spend their time with,” said San Diego committee chair and 2009 Princeton alumnus Javier Hernandez. “So it makes sense to start from of the. Students want to start something in their schools and it is growing.

This year’s winner of the San Diego-area Princeton Award is Zachary Patterson, a student at University City High School and a San Diego Unified School District administrator, for founding and leading the Student Council Members Association. from California. Four students were awarded with certificates of achievement.

Daxton, a junior at Bishop’s School, earned his certificate for founding child by child, which offers tutoring sessions to elementary and middle school students from refugee and immigrant families. Tutoring is given by other students.

“One thing we don’t look at often is how kids can help other kids,” Daxton said. “Children are an untapped resource that is often more powerful than adults can do. It’s a mentoring program, but it’s also an opportunity for friendship and a gateway into the lives of others, which is a unique experience. It is this relationship of equals that makes it successful.

He said it was “fantastic” that his work had been recognized with the Princeton Prize. “I’m proud of the work I’ve done, and I realize that’s not something you might think of right away when you think of race relations. But closing the education gap and providing support for refugees and immigrants are huge steps.

Hernandez said Daxton’s project stood out because “we saw this project as a way to better understand race relations, because one of the biggest hurdles is communication and opening that door.”

Elias, a Bishop’s elder, was recognized for his role in founding the Regional Student Diversity Summit, which was held virtually for the first time in February 2021. The Race Relations and Social Justice Summit brought together more of 300 students and faculty from schools in three states. .

“It was great to learn about the different students and see how many were willing to come together and engage in active discussions,” Elias said. “Everyone knew that it was very important to share experiences with each other and learn how to promote each voice. We were able to consider different perspectives beyond what we shaped at the beginning of our lives.

He said one of the takeaways was to “learn to hear the ‘why’ someone is saying something rather than just disagreeing with them. We have learned the importance of recognizing the value of critical and fair thinking. We tried to remind our participants that it’s not just about giving opinions, it’s about hearing them.

Hernandez said the summit project stood out because “it wasn’t just sitting down and listening to a program, it was interactive between students, faculty, and speakers, and we liked that it was planned to be a continuous thing”.

The 2022 summit took place on February 26 at Bishop’s School. Information about upcoming summits will be posted on rsdsummit.com.

“There were so many great submissions, so I feel honored to be part of this group,” Elias said.

To learn more about the Princeton Prize in Race Relations, go to price.princeton.edu. ◆