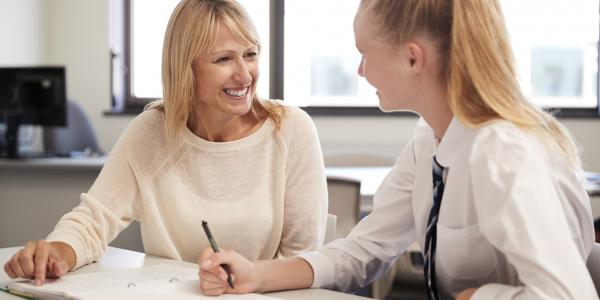 The measures will focus not only on students intending to pursue higher education, but also on improving overall performance. The government said universities “will work more with schools and colleges to raise standards in schools so that students get better qualifications and have more options.”

The school leaders’ union, the Association of School and College Leaders (ASCL), said that while it welcomed projects to help disadvantaged students, the idea that universities are needed to raise standards is “ridiculous” and “insulting” and that it is difficult to see how the expertise “dropped in” from universities will raise standards.

Geoff Barton, General Secretary of ASCL, said: “We welcome any initiative to improve outcomes for disadvantaged students, and from the perspective of schools and colleges, support for universities in the form of schools. summer and contact with tutors may well be useful. “

But he added that while it could be helpful in terms of “debunking” the university for students and encouraging applications from under-represented groups, “we have to say that the part of this plan that talks about universities “working more with schools and colleges to raise standards in schools so that students get better qualifications” manages to be both ridiculous and insulting. “

“Teachers in schools and colleges are extremely experienced and expert in teaching these cohorts of students,” he said. “It’s hard to see how the parachuted expertise of an academic sector that knows far less about teaching these students will miraculously improve standards.”

Your understands that if universities cannot prove that they are helping disadvantaged students with their access and participation plans, they will not be able to charge the highest rate of fees per year.

It is already true that when universities do not get their APP approved, they cannot charge the highest rate of fees, but the new plans will be renegotiated to focus more on success within schools, Your understand.

Universities will also need to set targets to reduce dropout rates by providing support to students during their stay at the university, as well as improving the progression of graduates into well-paying jobs.

The Students Office has appointed John Blake, the former head of public affairs at Ark Schools, who also worked as the head of education and social reform at Policy Exchange, as the new director of access fairness and participation to oversee the actions.

“I look forward to working with universities and colleges to ensure that young people of all backgrounds can access the education that matches their accomplishments and aspirations,” said Mr. Blake.

He added that he was “particularly keen” to see how more partnerships between schools and universities could be developed so that disadvantaged students can be helped to access university places.

“But success and access are only the first steps: they must be accompanied by participation and success,” he said. He also suggested that students should take college courses that “meet their needs” and that undergraduates should be supported so that they are “ready to embark on a rewarding life and career upon graduation. of their diploma “.

The new plans are expected to begin in the 2023-24 academic year after a consultation. The current plans will apply for 2022-2023, but some universities may choose to update them sooner, although this does not affect the fees they may charge.

‘Why was I born a girl?’ Afghan poem inspires American students

Federal funds will go to online tutoring despite pandemic failures