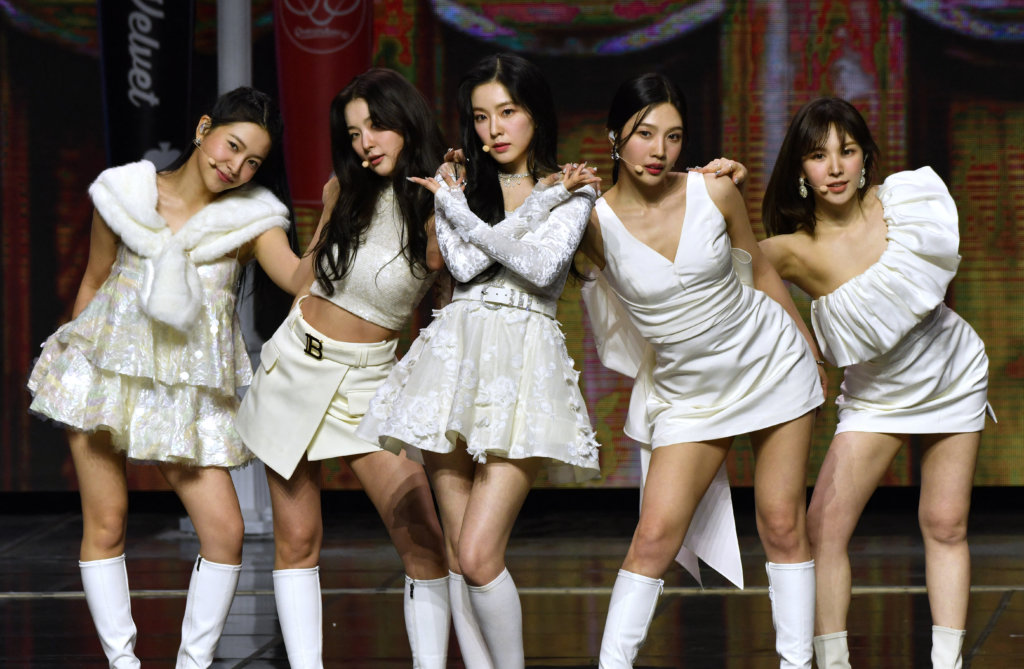 Why K-pop idols flock to Korean unis every year

What would you do to get your favorite K-pop idols to perform at your college? In South Korea, you don’t even have to try; they come to you in May each year.

Social media was abuzz last weekend with Red Velvet’s mesmerizing performance at Korea University – and that’s after having other names like PSY and girl group Aespa perform on stage, among other guest stars, to wow a crowd of over 10,000.

As a closing act, Red Velvet thrilled the audience at the end of the night with their enthusiasm for rallying the school spirit. The students were almost delirious as they watched their beloved K idols sing the college pep song along with her signature jingle.

“They had so much energy today, and the crowd was amazing,” wrote a TikTok user @alicencreamland. “My favorite session [was] when they [were] singing [the] university anthem.

@alicentendreamland_ they had so much energy today 💫 and the crowd was amazing, my favorite session: when they sing the university anthem (cmiiw) with the audience #redvelvet #irene #seulgi #wendy #joy #yeri #koreanuniversityfestival ♬ original sound – from rose🌹🌹

Needless to say the “Hallyu” (“Korean wave”) the fever is alive and well after a two-year hiatus due to the COVID-19 pandemic.

A “Daedongjae” Tradition: K-pop at Korea University and Other Campuses

Studying abroad in South Korea is a major draw for many international students live out their K-drama dreams. If you’re a Hallyu lover, why admire it from afar when you can bask in its culture and learn the language along the way?

Then there’s the bragging rights you get for what is arguably the coolest summer tradition in the world: the University Festival, or known as “Daedongjae,” which brings concerts on campus to a any other level. Imagine Blackpink touring the world in a sold-out arena – that’s what you get every year when you finish your exams as a college student in Hallyu dreamland.

According Kookmin University website, the term “Daedongjae” means to come together in unity, an apt name for an event that unites all students. The timing of the festival, which usually takes place the week of May 18 on many campuses, has an important history – Daedongjae is believed to trace its origins to the student democratization movement in the 1980s, an uprising centered in the city. of Gwangju against a then authoritarian government.

Although the festival isn’t exactly a commemoration, it does foster a sense of camaraderie and togetherness on South Korean campuses. After all, what better way to let loose and celebrate the end of your exams than surfing the Hallyu wave in real time?

If you missed all the action this year, here’s a quick recap of some of Daedongjae’s memorable acts from the past month:

Besides the Red Velvet craze, the university’s lineup for this year’s festival included other household names such as PSY and Aespa. The stadium was filled with the endless chants and shouts of cheering fans as the night went on, as during Aespa’s hit song “Black Mamba” and PSY’s new track “That That”.

Of course, it was “Gangnam Style” that drove the crowd crazy:

The private university’s festival is called “Eskara” and had its concert earlier in the month, making it one of the first campus festivals to reappear in the post-pandemic era. Headlining PSY, the list also included boy group WINNER and girl group STAYC.

The 39th two-day “Cheonma” festival of the university started yesterday, with singer-songwriter Dvwn and Korean-American rapper Jessi on stage. Rapper pH-1 and Zico are set to wrap up the event on the evening of May 31.